So no big deal but my 8 year old walked home from school by himself today.

Except it feels like a big deal. It feels really momentous and I feel equal parts proud and sad. Well maybe not that equal. A little bit proud. A bit more sad.

We have only ever walked to and from school so he knows the one block route well, having walked it twice a day for the best part of 4 years now. He's been campaigning to make the trip unaccompanied for some time but Stefan, my youngest is not ready for that and I'm not ready for Nathan to be responsible for him yet. So we negotiated that on the days that Stefan has a class after school, Nathan could walk home on his own. We talked about starting slow, with me meeting him at the first corner for a couple of times, then extending it to the next corner for a couple of times and then finally to make the trip home. I told him it was best for him to ease into it until he was comfortable. But I know that you know that it was me who needed time to get comfortable.

You see the thing is, I've always been hell-bent on raising independent kids. I believe it is right and I believe it is doing them a disservice to not. So I am proud that we're at this milestone. I am. Really. It's just that the downside to raising independent kids is that with independence comes a diminished need for me. We all know that day will come, but already?? My baby boy used to need me to lay down with him at night before he went to sleep. He used to instinctively reach for my hand wherever we walked. I used to be his world and he would randomly wrap his little arms around my neck and plant big, wet, open-mouth kisses on my cheeks... just because. 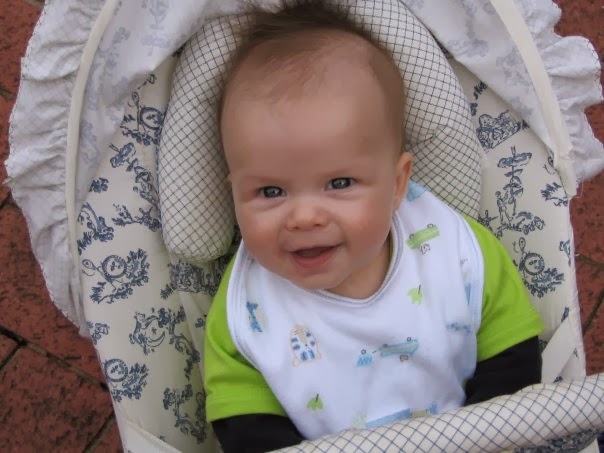 So you can imagine how my heart reacted when just before I was about to leave to meet him at our agreed corner that the door bell rang and there was my baby boy who simultaneously looked so small and so grown up all at once. "Hi Mum" he says BEAMING. "You don't need to meet me at the corner Mum, I can do it all on my own".

And as I internally dropped to my knees and wailed in pain, I beamed back and hugged him SUPER tight and said "I know you can".

Oh FFS, you know what? I'm crying [just a little bit] as I write this so I guess I'm a lot more sad than I thought. As much as I've been gearing up for this exact development, it's hard to let go. So tonight, as I tucked him into bed and he asked me to whisper something in his ear before he went to sleep I whispered "I'm so proud of you Nathan. You're such a big, grown-up boy and you really proved how responsible you can be to me today. But I'm a little bit sad too because you're not my baby anymore."

And he smiled such a proud and pure smile and wrapped his arms around my neck, pulling me close and whispered in my ear "I'll always be your baby Mum".

And my heart exploded. 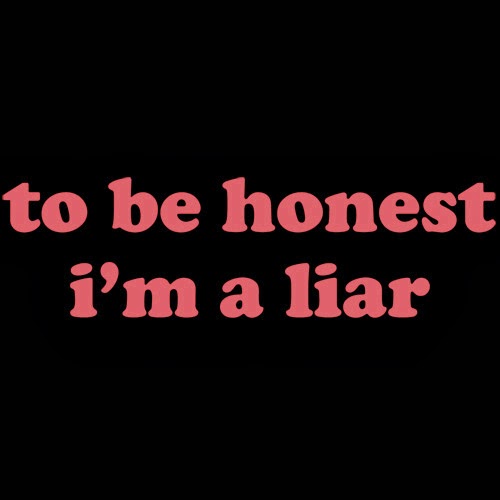 You lied!!! Yells my youngest at me as he storms off to his room crying.

“I didn’t lie” I explain, yelling after him “I changed my mind”

“That’s the same as lying Mum. You broke your promise!!”

And I did. I did say he could. I didn’t add the caveat. I just said after he played outside, so technically I have broken my promise. In his eyes, I have lied to him. It’s not a big one, but it has a devastating effect and though I manage to smooth it over with cajoling and apologising and soon to be broken promises of something else to make up for it, I can’t help but think of all the myriad of lies that make up my day as a mum.

2. Your friend that you’ve been asking for a playdate with all holidays is away.

3. Father Christmas, the Tooth Fairy, Easter Bunny are all real – and they all break into our home at night and look at us while we’re sleeping. That tooth fairy even puts her hand under the pillow of your sleeping head. And we let her.

5. Darling you were wonderful! – no you weren’t. Do not EVER pick up that violin again. The noise that it makes in your hands is horrendous.

6. I’m calling the school principal to tell them how badly you’re behaving. Yes I am. I have their number right here. *dialling – ok, I know this comes under the verboten ‘threatening’ parenting technique but it works like a charm. So judge away!!

7. Every other child in the world your age goes to bed at ‘insert time’ – well, it wouldn’t be a lie if all you other parents got with the program. FFS.

8. Mummy, does Aunty have a scar on her tummy because that’s the where baby got taken out of? – Yes [true!] So is that how babies come out of mummies? – Yes. Where’s your scar? – It went away.

9. Are we nearly there? – Yes is the immediate answer whether we’re 5 minutes away or an hour away.

10. Oh sweetheart, I’m so sorry! That incredibly noisy toy is broken! It will have to go in the bin now – or maybe I’ll just give it back to your Aunty who now has her own kids... not such a fun toy now is it??

11. If you don’t put your seatbelt on and the police see you, they will pull the car over. I will be arrested and have to go jail and they won’t even give you a lift home – I try not to use that one too often. On a bad day there’s a chance they may call my bluff

12. Yes, of course I’m listening to you! – I love hearing about how much your brother is annoying you

13. Because I’m your mum and that means I know everything about you. Ev-er-y-thing. – Actually, I think that may be more of an over-zealous aspiration than a lie

14. Don’t jump on the bed, Mummy’s not feeling well darling – sort of true. Mummy has a hangover and sore feet from being out dancing until about an hour before you woke up.